Founded in 1972, Web-Don, Inc. has grown to become a leading distributor for residential and commercial construction solutions throughout the Southeastern U.S. We offer a hyper-focus on customer service, dependability, flexibility, and a commitment to offering cutting-edge, expanded countertop and custom cabinet solutions.

As a family-owned company with a casual, family-friendly culture, we make customer service the heart of everything we do. You can have complete confidence in the team, reliability, proven expertise and business model that is Web-Don.

Web-Don is a woman-owned business and a member of The Women’s Business Enterprise National Council (WBENC).

To develop expanded building material solutions that both respond to customer and market needs and support our strategic growth in existing and new regions, while being an active, engaged and supportive member of the communities we serve.

Meet the team members of Web-Don, each with expertise and experience in their respective areas, and dedicated to serving our customers’ and partners’ needs. 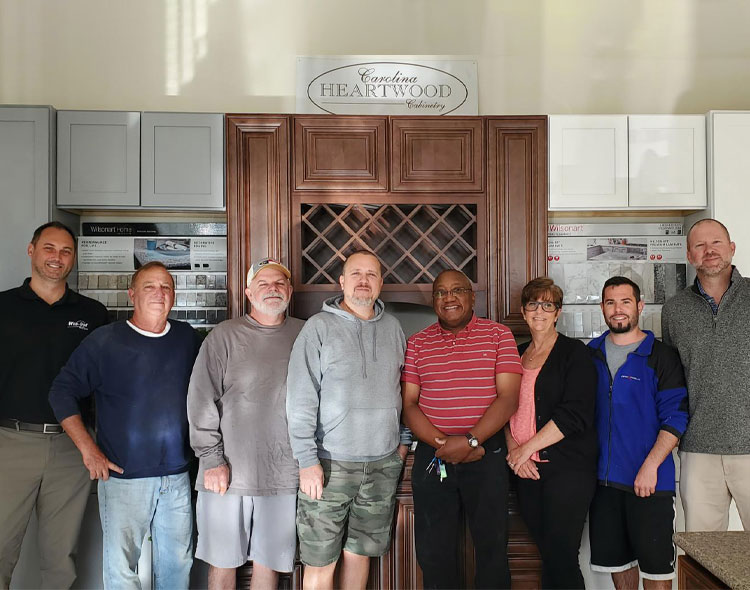 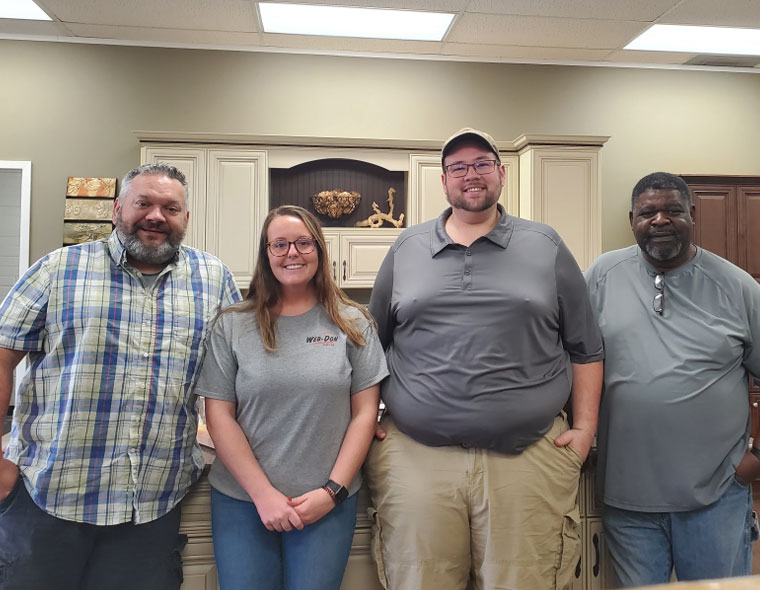 The idea for Web-Don came about when Don Smith and Webster Collett, who owned and operated a Florida Tile distributorship in Charlotte, NC came to entrepreneur (and Smith’s neighbor) Jesse “Buck” McQuay to ask if he wanted to join them in creating a local distributorship offering surfacing products for area contractors. McQuay agreed and bought into the company.

As a result, Web-Don, Inc. was incorporated in 1972. It became a leading Charlotte, NC-based distributor for Wilsonart, a manufacturer and distributor of surfacing materials used on furniture, countertops, worktops and walls in homes, offices, and business and commercial spaces.

The company was a success. By 1973, Web-Don was established as one of the leading Wilsonart distributors in the U.S., and was named “Distributor of the Year.”

In 1984, McQuay and Smith purchased Collett’s interests, and in 2005, McQuay became the sole owner of Web-Don. In 2017, McQuay stepped back and his daughter Missy O’Daniel became President and CEO in 2018. Majority interests were transferred to McQuay’s wife, Gail McQuay, to form a woman-owned and family-run business.

In addition to its 57,000 square foot Charlotte NC Corporate Headquarters, Web-Don expanded over the years to offer products and services from six locations across the Southeast: Charlotte, Wilmington, Raleigh and Winston-Salem NC; Piney Flats TN; and Columbia SC.

In 2013, Web-Don formed Carolina Panels, a new division created with the purchase of a nearby facility for lamination processes, offering 26,000 square feet of manufacturing and warehouse space.

These expansions broaden for customers the breadth and depth of product lines and building solutions.

Carolina Heartwood Cabinetry’s cabinets can be customized to fit any kitchen or bathroom need.

The Women’s Business Enterprise Council certification is given to a select few women-owned businesses.

The Better Business Bureau is the seal of quality, integrity and ethical business practices.

The National Association of Home Builders is one of the largest trade associations in the United States.

Know that your cabinets are high-quality, durable products that will last.

Web-Don is more than a company. We’re contributing members of the communities where we have our manufacturing and distribution companies.

Your satisfaction is our number one priority. For more than 50 years, Web-Don has been a valued resource in our communities, and it shows by your reviews!

“I have used Web-Don several times in the past and will continue to use them in the future. They provide an outstanding product at a fair price. Moreover, Chuck and Johnny provide exceptional service and treat their clients with the utmost respect.”

“Highly recommended!! Web-Don has a wide range of high-quality products, from quarts and laminate countertops to custom cabinets and more. They are great to work with!”

“Web-Don is a great place for countertops and cabinets. They have a lot of items in stock.”

“Excellent place to buy countertops. The employees are very courteous and respectful and willing to help you find what you’re looking for. Thank you.”

“Great product, great service, and willing to go the extra mile! I will use their company again!”

“Good service. I had an issue with my order but they fixed it quickly and I was on my way.”

“The staff are very knowledgeable and professional. They’ll help me with anything I need to know about the products. I will buy all my materials here from now on!”

“Always courteous and willing to help get the best deal. We’ve been a customer for years and will continue to trade with them. It’s nice to have a rep that is present and respects our time and business. Thanks, Curtis!”

“Great partnership. I have personally been working with Will Anderson for the last few years. It has always been a pleasure. He is extremely helpful with keeping my sales reps up to date with new samples as well as partnering in sales calls. Overall, it has been a great experience working together.”

“Web-Don is a great place to purchase Wilsonart laminate, Gibraltar solid surface material and related products, as well as kitchen and bath cabinetry. They are efficient, timely, friendly and professional.”

LEAVE US A REVIEW